Talk on inequality and gender by IMF

A talk on inequality and gender was organized by the  RMCE in association with the University of Mauritius and the Africa Training Institute at the R. Burrenchobay Hall of the UoM on Thursday 20th February.

The IMF officials made the presentation in two parts. The first part  reviewed  the IMF work on gender and inequality and the other part  focused on women in the labor force and the role of fiscal policies.  that will be published on February 16 and launched in Dubai by the MD.

The presentation also provided an overview of the IMF’s work in these areas and  the main findings of the recent IMF work on the role of fiscal policies for women’s economic empowerment.

The talk was attended by students the of the University of Mauritius and senior civil servants  and  development partners in Mauritius (EU, World Bank,and  UNDP)., Discussants came from the media, Institute of Directors , Statistics Mauritius Ministry of Gender and Equality.

The IMF released the IMF Staff Discussion Note on Women in the Labor Force: The role of Fiscal Policies after the talk.

The University of Mauritius provided excellent support in the organization of the event. 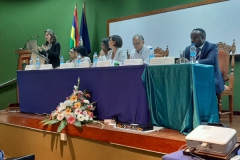 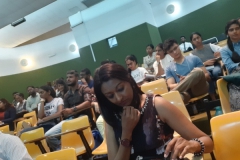 Download: Women in the Labor Force: The Role of Fiscal Policies